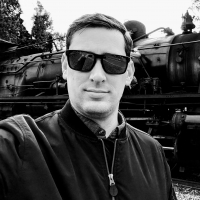 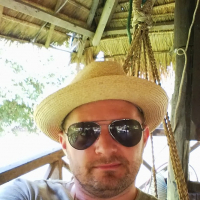 It’s with great excitement that we announce that development of PubSub+ Event Portal has reached Early Access (aka MVP) Readiness! A big shout out to our Development and Product Management team for achieving this significant milestone.

There are a few items of note for you to find out more information around this significant step forward:

We welcome any and all feedback, and look forward to growing this initiative!

Re: Solace JCSMP API vs Java RTO API use cases/differences

Hi @amishra ,
The Java RTO API was created to provide a very low and (importantly) predictable & consistent latency API to PubSub+ for those that still wanted to code in Java. So while JCSMP is also fairly low latency, it's affected by garbage collection on the JVM which can affect latency consistency.

The use cases for Java RTO are the same as for the C-API... applications that are looking for the lowest latency and highest throughput. Typically we see this in financial trading apps and similar apps that are sensitive to latency and operate in "real time" as the RT stands for.

Keep in mind that although Java RTO is Java, being JNI, it looks very different than JCSMP (and "regular" Java) code. In order to keep the latency in check and not subject to garbage collection, the parts of your application that interact/process the messages should be coded in the same style. Otherwise you will introduce the same inconsistencies in latency via your application code.

If you are a Java developer looking for the most Java-like experience, I would suggest sticking with JCSMP... unless your use case demands the very lowest latency possible, which is what Java RTO was designed for. JCSMP is no slouch either, but it is subject to garbage collection. 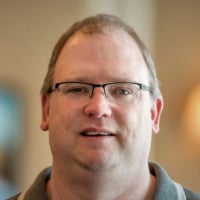 I wanted to share some exciting news - Solace PubSub+ is now an option on the Spring Initializr hosted at https://start.spring.io/!

Spring Initializr allows developers to generate Spring Boot projects pre-populated with the dependencies they need to get started quickly. Projects can be generated directly on the site, and also from the cli and supported IDEs. Learn more in a blog here: https://solace.com/blog/solace-pubsub-spring-initializr/.

When selecting the Solace PubSub+ option developers will have the solace-jms-spring-boot-starter added to their project dependencies. This will of course allow them to use our Spring Boot JMS Starter in conjunction with all of Spring’s built-in niceties for JMS. These niceties, such as annotations like @JmsListener and features such as Session management, make it as easy as possible for Spring Developers to get started using PubSub+.

Provision your VPN with Infrastructure as Code manner

Hi Guys,
I've built a tool for myself to easily backup and provision the VPN. The basic idea is to recursively GET all config from a VPN and write it down into a single JSON file, and you can do it reversely to provision the VPN (event after you modified the JSON file).

Please access https://github.com/flyisland/sempv2 to get this tool, hope it could be useful for you too!

Feedbacks are welcome (in here or in the github issues). 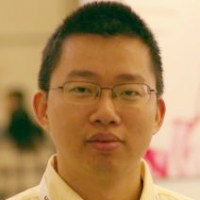 All,
Need your input around what solace team advises in terms of best practices.

Our Architecture:
We have a java app/service that runs independently. It subscribes to multiple topics(both solcache and normal solace topics) and multiple queues. The multiple topics and queues are the messages published by other services/apps.

As per this thread https://solace.community/discussion/77/subscribe-to-multiple-topics-inside-same-session , The topic dispatcher feature isnt available in JCSMP library atm. This limitation would apply to multi queue subscribe as well, as a new consumer is created and previous one closed by the FlowReceiver too.

To get around this should we:

1) Write our own TopicDispatch functionality based on bytesXMLMessage.getDestination().getName() ? Incase of queues there is an added complexity in that this method returns the name of the topic( mapped to the queue we are subscribing on) that this msg was published on rather than the queue name.

2) Create a seperate JCSMP session(TCP Connection) for each topic and queue that we subscribe to ? We are looking at about a dozen connections for each of our apps. So about 150(max) tcp connections to our solace VPN which atm allows a max of 500 connections.

3) Get all our topics and queues mapped to a single/fewer queues and then do a message dispatch based on the value set in bytesXMLMessage.getApplicationMessageType() ?

4) Any other more elegant ways to tackle this ?

Re: Connecting RabbitMQ to Solace

You can transparently connect Solace with RabbitMQ using the Rabbit MQ shovel plugin. You will also need the RabbitMQ AMQP1.0 plugin installed as well. You can then easily configure a shovel to consume message from Solace over AMQP 1.0 and you can create another shovel to push messages from Rabbit (0.9 or 1.0) to Solace over AMQP 1.0. It is simple to configure and shows pretty good performance as well.

Once the message is in the Solace Broker from Rabbit it is available for consumption by any of the Solace natively supported Transports, languages and/or APIs. Any message that is sent to Solace from any of the supported APIs, languages or transports will also be properly moved to Rabbit over AMQP via the RabbitMQ shovel.

In this case there is no need for connectors or adapters, it is just the the setup of the RabbitMQ Shovel plugin that can be done via the RabbitMQ GUI.

Re: Which Java client API to use ?

Generally, JCSMP is the most flexible Java client API to use against Solace appliances (or the software or Cloud versions of the PS+ broker). It is full featured and supports all Solace broker/API capabilities. It is also a pure Java JVM implementation so it should meet the Java, "write once run anywhere" mantra. If you are developing using J2E, JCSMP is also you API of choice against Solace brokers.

If you need a more deterministic low latency capability you would consider Java RTO. In this case your business logic is written in Java, but the API makes use of the Solace C library via JNI to performance the actually messaging functionality. As a result the messaging API is not subject to the unpredictable JVM memory management. However, it will require the inclusion of the appropriate Solace library for the specific OS when your Java Application is deployed. You will also only be allowed to use a binary payload since the other Solace serializations (Map message, Stream message, etc.) are not supported. However, the RTO applications are still SMF format in the Broker, so you will still have interoperability will all the other support APIs and transports supported against the Solace broker (for example a RTO producers messages can be consumed by a REST Consumer or JavaScript consumer and conversely a C or IOS application producer's messages can be consumed by a JavaRTO application).

Java RTO also supports the use of WebSockets as the message wire protocol over TCP. RTO is a more specialized Java implementation for ultra low latency and low jitter applications.

You would choose JMS if you require migration of the application to or from another system that is already using JMS or is expected to use JMS. The JMS specification only defines a subset of Solace broker and API capabilities, however, the Connection Factory administered object that is part of the Solace JMS library provides many of the Solace capabilities without requiring any non-compliant JMS code. JMS allows developers to create applications without requiring the need to learn the Solace-specific APIs. If the developers are already comfortable with JMS, they might consider using JMS rather than learning JCSMP.

Solace support JMS over the Solace wireline format or AMQP. If you want to write AMQP applications, but do not want to use the AMQP API you can use JMS over AMQP against the Solace Broker as well.

The Spring implementation of Spring Cloud Streams (SCS) with theSolace-Supported JCSMP binder is another very practical mechanism for writing/deploying Solace Java Code. The binder shields the developer from writing any messaging code and can instead focus on purely business logic. Using the Spring Framework allows any messaging-specific code to be implemented as metadata driven configuration files. Many of the Solace clients are now opting to use SCS to develop their messaging code.

SCS allows developers to use a declarative model rather than a procedural model for creating Sources, Sinks or Processors. Very little code is required.

SCS also allows Solace Java applications to also make use of reactive programming and stream processing using the FLUX libraries (part of the Reactor Project). If your Java application requires stream processing to provide capabilities that you might use Storm, Spark or Kafka, this is a an excellent alternative that is also based on Open Source Libraries and operates against the Solace brokers.

SCS is also a great option of your are deploying your applications in Cloud Foundry, OpenShift or Kubernetes. If you are looking at using stream processing capabilities or reactive programming without any concern for messaging and transport than Spring JCSMP is your best alternative.

Spring JMS helps hide the JMS messaging code for developers that want to use the JMS libraries to a JMS broker (such as Solace) without having to spend time writing the JMS "plumbing" code. If you require interoperability with potentially non-JMS consumers and producers through the Solace broker and still want native Solace payload serialization support for payloads that are Map or Stream, for example, the Spring JMS libraries and framework would possibly be your choice for development.

Kerberos should not be an issue with any of the above, however, I have only "personally" specifically used Kerberos using JCSMP and JMS.

So, to sum it all up, here are the steps you need to follow:
1. Go to the 'Manage' tab in your service. 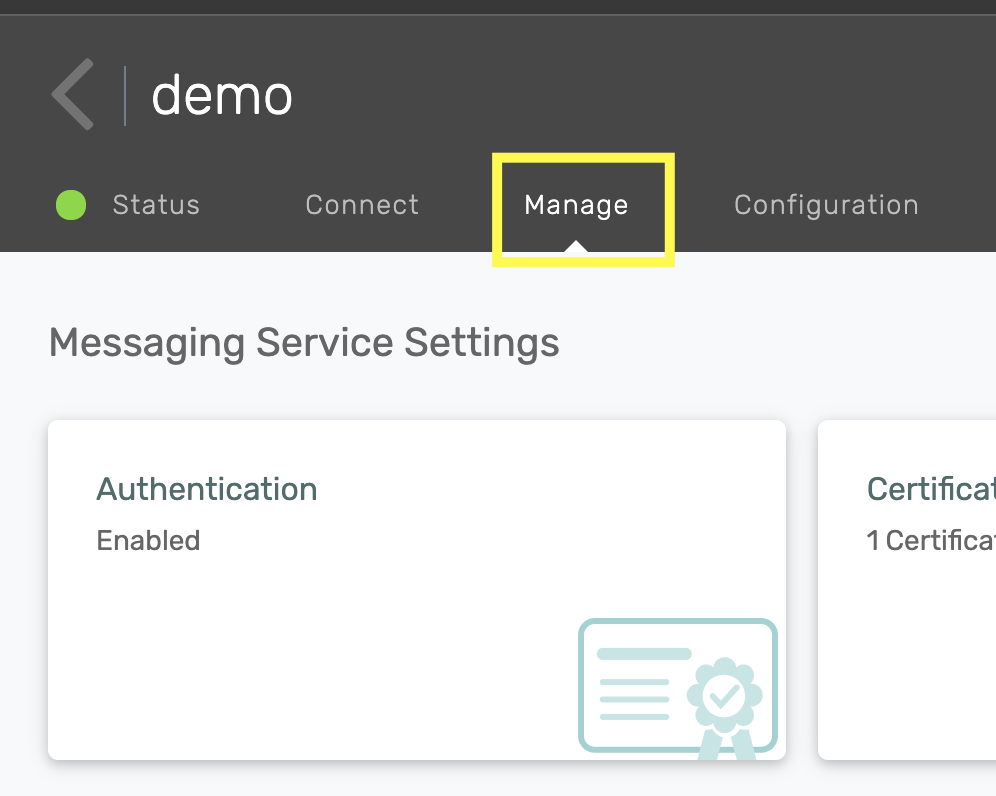 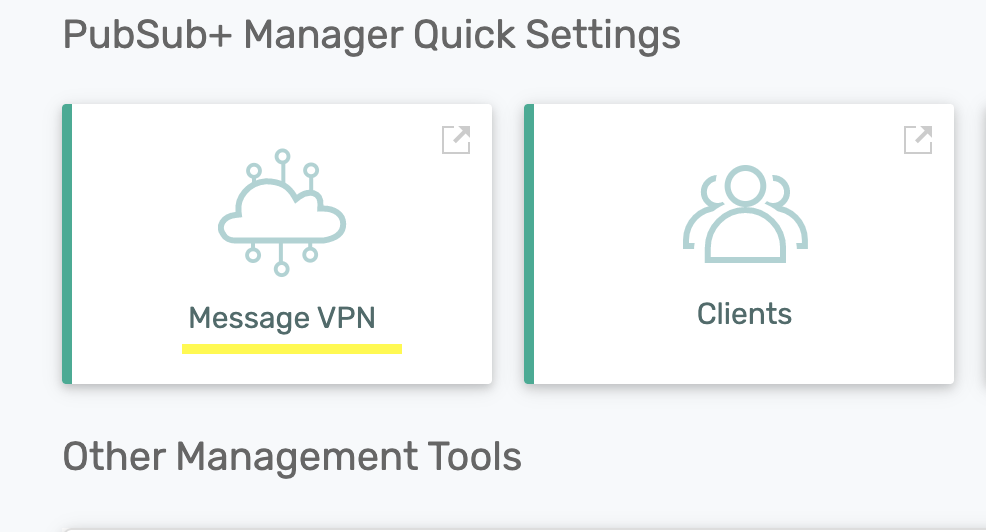 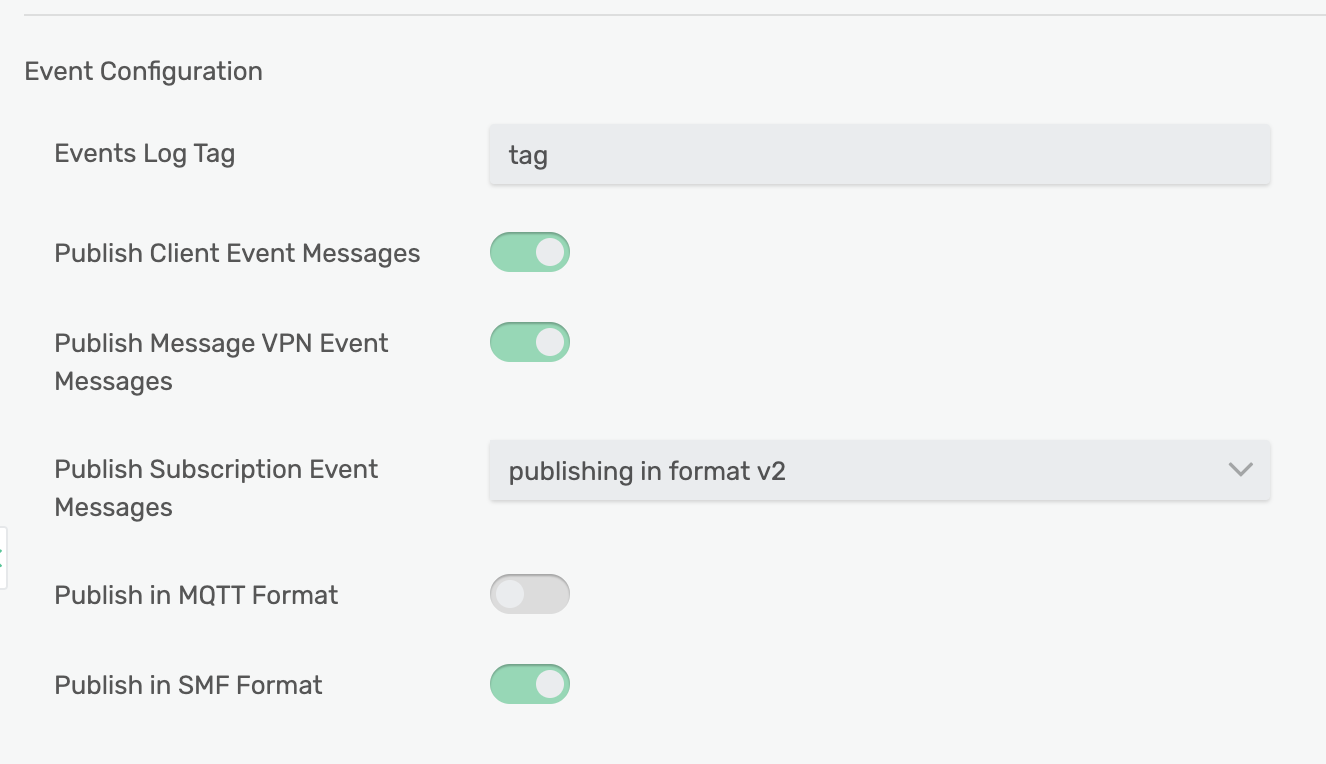 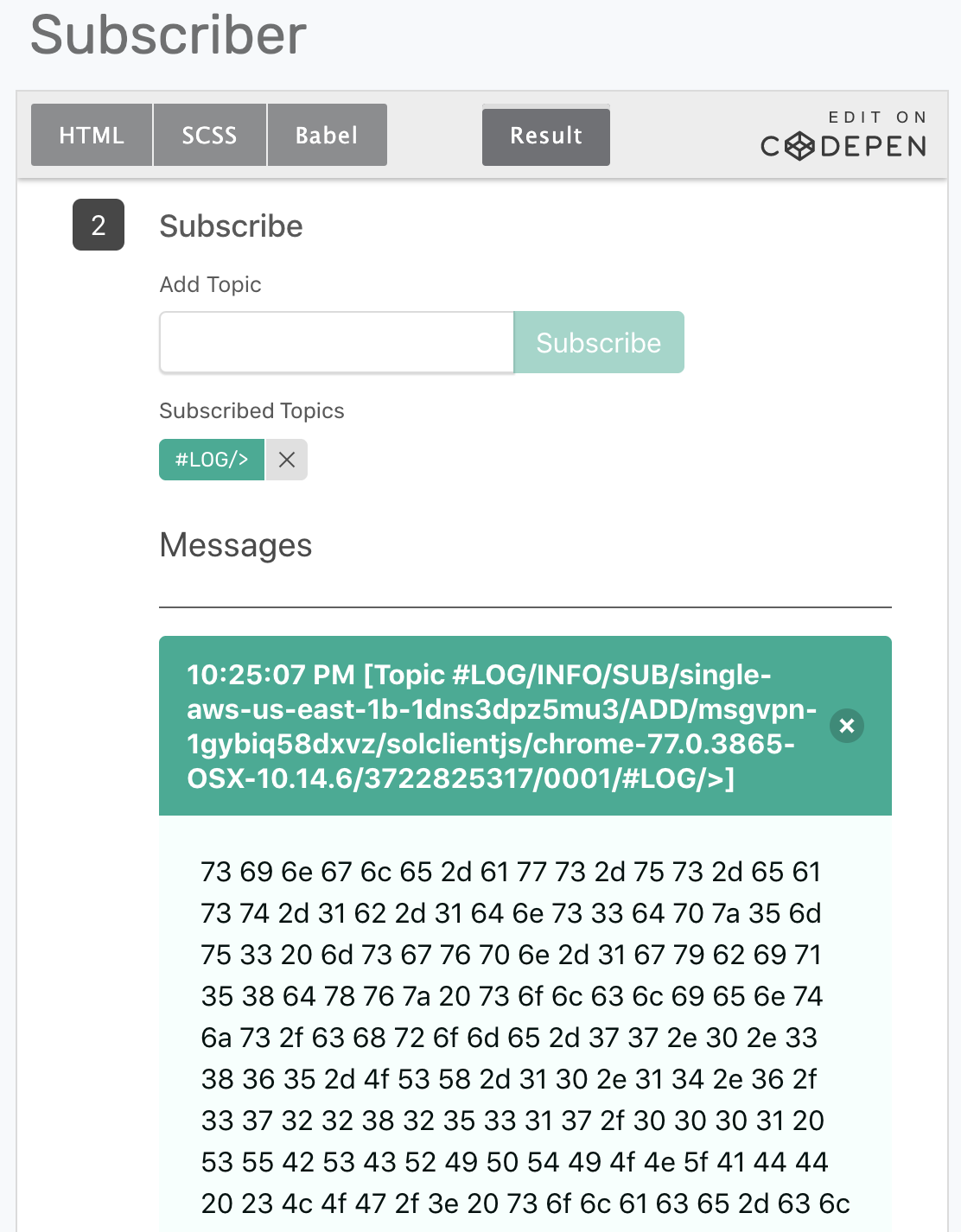 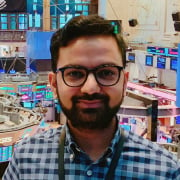 The broker side info is here: https://docs.solace.com/Configuring-and-Managing/Configuring-Client-Authentication.htm#Client-Cert

And I believe here is the info on how to configure the JMS client side: https://docs.solace.com/Solace-JMS-API/Connection-Factories.htm#establishing_connections_577400906_338010