Integration/Functional Testing with JUnit and Solace 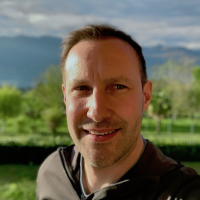 When developing event driven Java services for Solace PubSub+, at some stage you want to move from unit testing Java code to testing services against a broker.

This repository demonstrates a base class for JUnit tests that launches a new PubSub+ instance in docker for use in tests.
It utilises testcontainers, manages the container life cycle manually as there is no testcontainers wrapper (yet) for PubSub+ and follows the singleton container pattern.

This class starts the docker container. It logs a message when the container before and after start up.
It exposes many of the plain services such as SMF, REST/HTTP, MQTT/TCP. The ports used by the container can be obtained from the class with getXxxxx methods.
The class also provides getAdminUser and getAdminPassword methods so SEMP v2 calls can be sent to configure the broker.

This is an example unit test, extends the AbstractPubSubPlusTestCase class.

It includes some test cases to demo how the base class can be used: